Remember that promised static front page, the changes, the various mumblty-jumbo I promised this site was about to undergo?   Yeah, that’s happening today. Pardon the dust while everything’s under construction! If you want something to read, What Boys Are Made Of is 99 cents today, so snag a copy. And in the meantime, thanks… END_OF_DOCUMENT_TOKEN_TO_BE_REPLACED

People in the apocalypse are always portrayed as savage, dirty, and on the brink of killing everyone else. This makes perfect sense. You see, they no longer have flush toilets. I don’t know how much time most of you have spent without this modern convenience. Growing up in southeast Ohio, I can’t say that a… END_OF_DOCUMENT_TOKEN_TO_BE_REPLACED

I know I’ve talked about tenses before. I’ve said lots about how much I love present tense, and why you should give it a chance. But today, I’m taking a different track. I’m talking about how past tense might actually be trying to kill me. This seems excessive, I know. “Past tense is a construct… END_OF_DOCUMENT_TOKEN_TO_BE_REPLACED

Hello, everyone! As you may have noticed, my posting schedule has changed. Turns out, writing blog posts three days a week is a lot of work. (Duh.) This was fine last fall and winter, when my life consisted of writing, editing, blogging, and playing Pikmin, but since the release of What Boys Are Made Of and The Mercy of Men and the addition of marketing, research, and my side job to the list, blogging has fallen down my list of priorities.

For a while, I kept on, bumping writing down below blogging, but seeing as I’m an author and it’s writing that brings in the money, that’s not a sustainable solution. Something had to give.

Luckily, I quite enjoy blogging, so it’s not going away entirely, it’s just cutting back to a once-a-week guaranteed post. Yep! Every Monday, you get to see my shining words and enjoy my ridiculous humor. Share it, love it, build a private shrine to it, whatever. Mostly share it.

More than that? I’m not guaranteeing more posts than that, because I’d hate to disappoint. But I think you’ll get a second post a pretty good percentage of the time. Because, ya know, I enjoy hearing my own voice! (All blog posts are read in my own voice. Did you not know that? It’s mandatory, get on it.)

Beyond that: Right now, this website is mostly set up as a blog. That worked for nine months, but now that I’m getting a lot more book-related traffic, it will be morphing. Think landing page, think different links at the top, think, uh, I don’t know yet, I haven’t done it and I’m not a planner.

Construction will be happening! Soon. This week, hopefully. Maybe? (Oh schedule gods, please open up a slot for me to do this in.)

Anyway, thanks for your patience, your support, your comments and likes and shares. Told you this post would be coming, and here it is! And in the meantime, I’ll make sure you stay up-to-date.

(Oh, yeah, I might have some guest posts soon. I have at least one lined up. Anyone else want to shout dibs?)

Check out this guest post over on the blog of L.M. Bryski, where I talk about my characters as children!

See, I used to teach elementary school children, a fact which gets universal exclamations of “I’d never have guessed!” (Because apparently I look like I like children with ketchup?) And knowing kids as I do, I’ve gone through and figured out exactly which type my main characters fit.

Hey, everyone! It’s been a crazy few weeks for me. Months, really. From book release to book release, I charge onward!

Due to a few things going on in my life, I’ve decided that after nine months continuous posting it’s time for me to take a week to myself. So, no posts from me for the next week.

Does that mean there will be nothing? Who knows, maybe not. But from June 18th-June 25th I’m lying on a deck chair roasting like a tomato. In the meantime, here’s some old favorites for you to enjoy–one for each month!

What do you do when you feel a friend’s work isn’t their best?

This blog started out as being at least tangential to my writing–and it stayed that way for all of five posts. Still! A great exploration of a hypothetical that many a writer has faced. How would you handle it?

Scottish Gaelic Will Be the Death of Me

Husband and I attempted to learn Scottish Gaelic. To put it mildly, it didn’t go well.

The first slice-of-life post came from sheer baffled frustration. And, okay, a bottle of hard cider. Having learned a few languages, I figured embarking on Scottish Gaelic wouldn’t be much different. Nope.

Schrodinger’s Novel–Do You Have One Too?

Every novel is both the worst and the best until it’s read by someone else. And that’s the problem.

This innocuous little post went out of the gate and keeled over. For three months, it sat with nine hits to its name. Then a WordPress Editor found it, loved it, and reposted it. For a day, my site exploded as writes came out of nowhere to admit they had their Schrodinger’s novel, seeming to take comfort in not being alone. And so I’ll ask again: do you have one too?

How My Husband Makes Chili (And Most Other Foods)

My husband makes great food–and he makes me crazy in the process.

Husband debuted in this post as a regular character on my blog. Slightly oblivious, rather silly, always stubbornly doing his own thing, posts featuring him became instant hits whenever I wrote them. What’s not to love about a man who goes to the grocery store before he reads the recipe?

The Heck Is “Editing?”

You’ve written a book! Now what?

Part 1 of a four-part series explaining the point of self-editing for content. How to do it, why to do it, what to cut, what to keep. I was in the midst of an editing frenzy myself, and between writing these, I was practicing what I preached. It was a month of editing until I dropped! 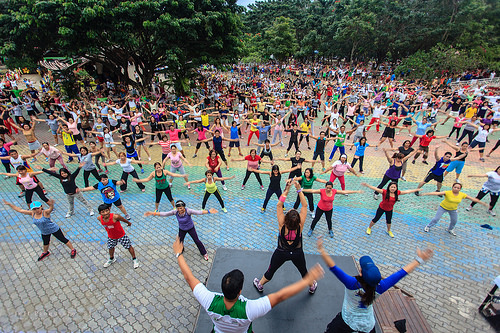 Tripping Over the Sofa With Aplomb

To escape the winter blues, I tried my hand at a bit of aerobics, and regretted it.

Every once in a while, comedy wins over tragedy. Such was the case when I attempted to do vigorous dance aerobics in my microscopic apartment living room. The chaos. The tears. The yelling at the TV set. Don’t forget its sister post, Breathing Easily as I Yoga Myself to Death! 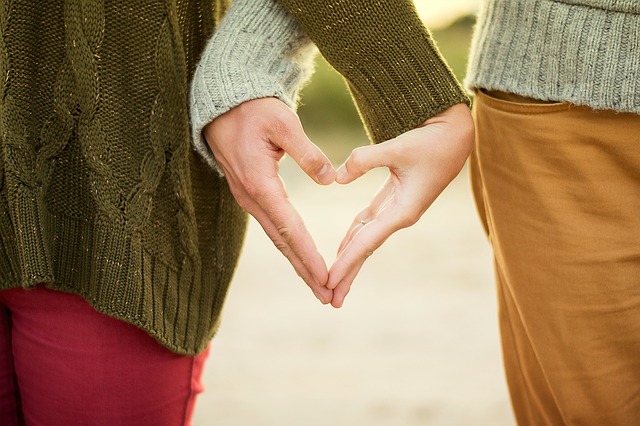 Want to support the indie artist or small business in your life? Spread the word!

In the midst of creatives as I spend so much of my time, I see first-hand the power of a word in an ear, a post shared on Facebook, a link emailed to a friend. But how is anyone outside of this bubble to know what power they have unless we tell them? So I did, and received some fantastic feedback in turn. 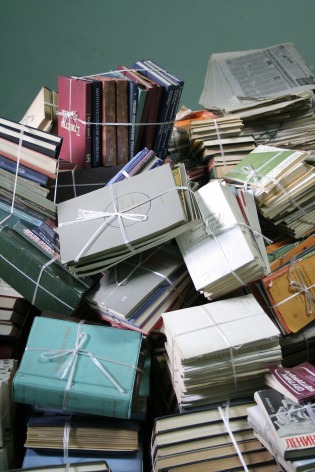 Dear People I Submit My Work To: A Love Letter From the Discard Pile

After hearing one too many “dear author,” I decided to write a “dear agent.”

The world of publishing is not a meritocracy; good writing is not the only, or perhaps even the most important requirement. Authors trying to become traditionally published constantly send queries only to usually hear nothing in reply. It’s pretty frustrating, so here on my blog, I spoke up. 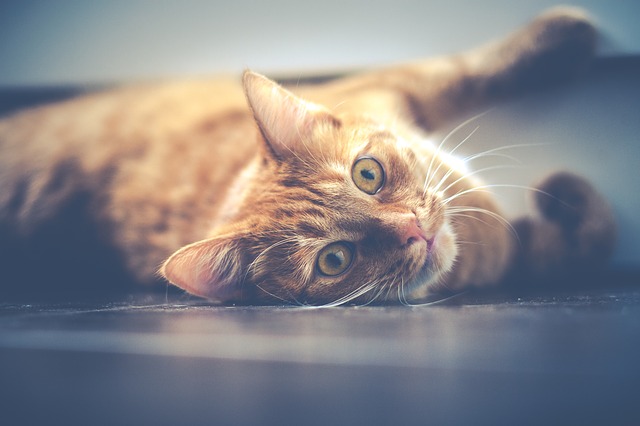 How to Avoid Clickbait

Really, the title speaks for itself.

In this blog, I’ve done a lot of things I’ve proud of; crafting click-bait headlines is not one of them. Yet it’s get the clicks or flounder with nothing, and so I valiantly sought the words to grab your attention. Few of them worked so well as this one, though. Did you fall for it?

These are just a small sample of the posts I’ve written in the nine months of running this blog. It’s been crazy, it’s been tiring, it’s been about the most exciting thing in my life some days, and I’ve enjoyed myself immensely.

Under-paid, Over-enthused would not nearly be the place that it is without your comments. Your thoughts, questions, ideas, and tidbits have filled it with interesting takes and and memorable moments.

If while browsing today you feel like commenting, go for it! So what if the post is old? You had a thought, and we want to hear it! A few people have voiced worries that posting so late after the fact is creepy, or stalker-ish. I’ll tell you right now, it’s nothing of the sort. It’s cool to see that months have passed but the feelings still ring true, a bright spark in my day. Have at!

That said, I’ll say my goodbyes for my week away with one more thought for all of you: do you know why this blog is called what it’s called? “Under-paid, Over-enthused.” Is it a complaint? Whining?

Nothing of the sort: it’s a declaration to the world of who I am. For the money I’m getting for my writing I’ve got way too much energy, so here I am typing it away! And now I’m taking a week to gather that energy back and spring-board into the release of my next book, The Mercy of Men. I hope you’ll be there with me!

Thanks for reading, and see you then.

I’ve always loved the etymology of ordinary words. Was the color orange first, or the fruit? In this case, I know the answer: the fruit came first, the color second. Until the 1500’s, the west had no orange, only red. Red-breasted robins aren’t red, now are they? That’s why. Japan’s colors are also quite fascinating.… END_OF_DOCUMENT_TOKEN_TO_BE_REPLACED

Every country has its stereotypes. From Japan’s point of view, Americans are three things: loud, friendly, and generous. We talk too much, too freely, too familiarly. We’re kind to strangers, to everyone. We share our things without holding back, we help our friends when they ask, and offer when they don’t. We like to have… END_OF_DOCUMENT_TOKEN_TO_BE_REPLACED

The piece I’m writing right now, it’s, well. It’s something else. I can’t decide if it’s the dumbest thing I’ve ever written or absolutely brilliant, and I love it. It started, as all of my side-books do, as a short story. An accident. A total mistake of fate, where I went to jot down an… END_OF_DOCUMENT_TOKEN_TO_BE_REPLACED